New package of sanctions will not contribute to developing bilateral or multilateral relations of the same EU, U.S., with Belarus, but vice versa, will escalate crisis. But what must be understood is that the Belarusian people have made their choice. Attempts to impose the will on Belarusian people through such sanctions will only entail even greater rejection of the percepting Western countries by both Belarus and its people.

After some time, the Western countries themselves will have to try to establish and build a dialogue with Belarus. Why would they do that? Because they have a very strong financial and economic lobby. These are large enterprises, corporations, which, of course, are interested in working in the Belarusian and EEU market. And sanctions are a blow to the interests of large European and American companies and banks. Therefore, when sides or centers of power are exposed to political adventures and interests of some political groups, they tend to act to the detriment of their national capital and their population, who receive jobs in these companies. The delivery of products will be smaller, wages will decrease, and they will thereby get the opposite effect from introducing such sanctions.

The most critical retaliatory sanction of Belarus will be the opportunity for our enterprises and economy to reshape quickly and create conditions for developing own goods and services that were previously supplied from Western countries. This applies to technological equipment, the opportunity of working with various financial and banking structures. This means more active close cooperation, first of all, with the leader of the world economy, China, which occupies and will continue to occupy the first place in terms of economic growth in the upcoming 10-15 years. There is a need to actively develop cooperation with the Middle East countries at the same time and benchmark their best technologies. Create high-tech high yield income products and services in Belarus, thereby excluding our possible dependence on countries that are trying to influence the Belarus through sanctions. 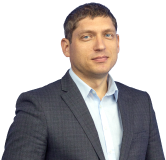