Victory Narrative. Independence Day Of The Republic Of

Memory of the victory

On July 3 we celebrate the most important date for each of us - the Independence Day of the Republic of Belarus. On this day in 1944 the capital of the country was liberated from the Nazi invaders. The liberated Minsk symbolized the beginning of a peaceful life and a brighter sky overhead, the revival of the burned and destroyed country, the regained statehood.

The Great Patriotic War remains in the historical memory of the Belarusians as the event that determined the future of Belarus, the future of the country, because in 1941-1945 the survival of the people was at stake, whom the Nazis were planning to first clean up, and then throw outside their native country. The independence and integrity of the republic, divided by the Third Reich, were at stake. The country was saved thanks to the heroism of the Soviet soldiers and officers, deeds of the partisans and underground fighters, the dedication of the people of Belarus who strongly rejected the new Nazi order, built on bayonets and blood.

In the context of the Great Patriotic War, the liberation of Minsk on the 3rd of July and the subsequent expulsion of the invaders from the territory of Belarus take their rightful place in the series of many victories over the enemy by the countries and the nations who fought against Hitler coalition. Each of these victories is woven into the pattern of the Great Victory, which we celebrate on May 9th.

The Belarusians have no doubt that the major historical event for our country is the Great Patriotic War. And the view of the past by the youth of Belarus is not much different from the views of the older people who are more closely connected by the memory of the war. For example, in February 2020, 67% of young people under the age of 30 years called the liberation of Belarus from the Nazi occupation in 1944 the most important historical event in the history of the Belarusian state (Figure 1). 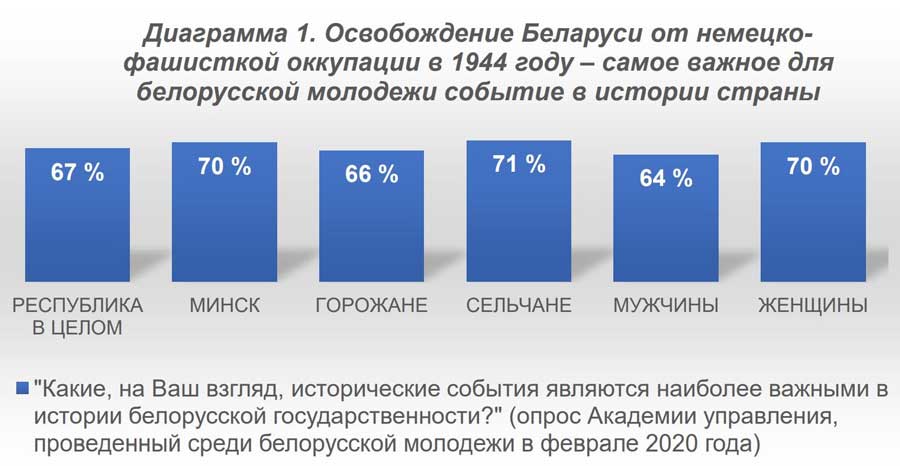 In 2019, 72% of the Belarusians interviewed by the Institute of Sociology called the Victory Day, May 9th, the most important holiday for Belarus. A quarter of the respondents expressed this opinion in relation to the Independence Day (Figure 2). 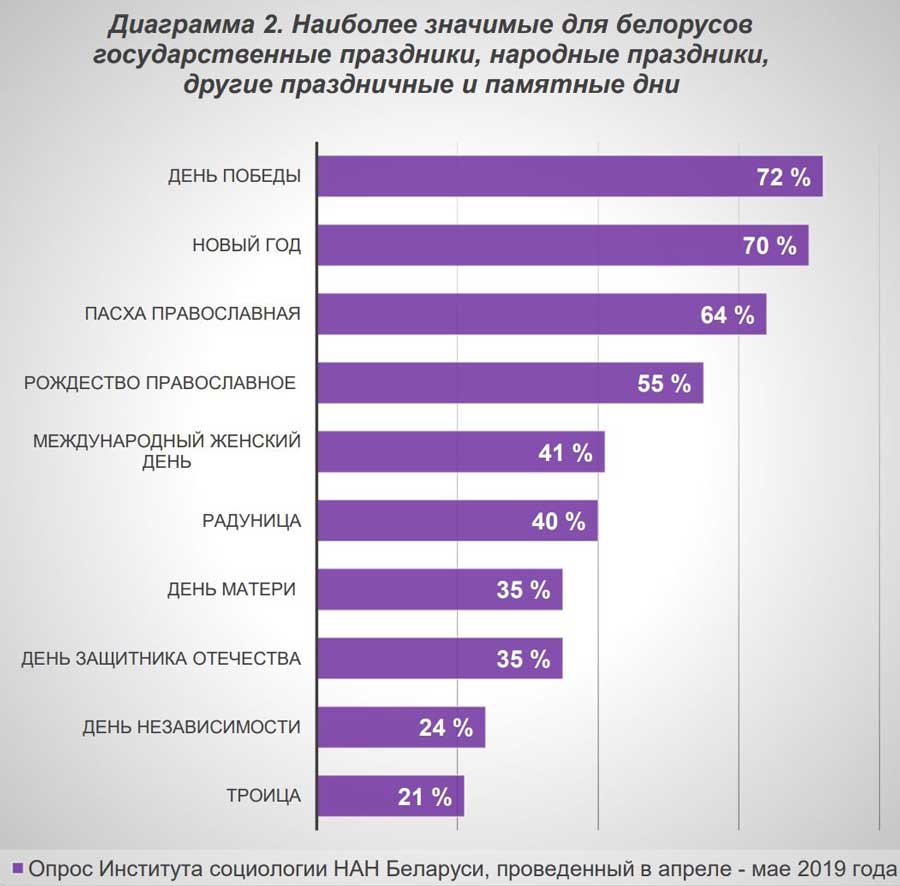 The residents of Belarus perceive the war through the prism of three associations: the tragedy of war; heroism in the struggle against the invaders; defeating the enemy (Figure 3).All three elements form an indivisible whole, which constitutes the fabric of people's memory about the war. Each of them has a special value and the sacred meaning for us, creates the integrity and completeness of the events of 1941-1945. 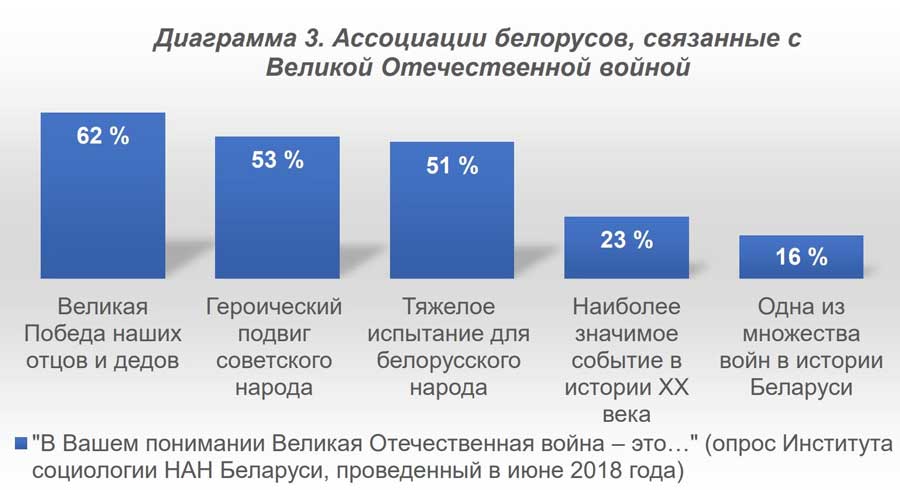