How to turn information swords into ploughshares

Today, there is no more powerful, capacious and rapid source of information than the Internet. It has become a powerful and therefore hazardous force. Using social networks and messengers, the unrest organizers receive extra opportunities to mobilize volunteers who are ready to support the leaders, to instruct event participants, or to collect financial assistance. The phenomenon is not a new one. For the forst time, social networks and similar Internet services played an important role in major mass protests during the Arab spring. Events in Tunisia were even called the "Twitter revolution". Some analysts were arguing that without social media the Arab spring would not have taken place at all. Obviously, governments around the world are responding to a new weapon: China, France, Iran, and Russia on the legal basis allowed to block the Internet, individual websites or messengers. How to win in the information opposition? "SB. Belarus Today" offered to discuss the issue to the official representative of the Ministry of Internal Affairs Olga Chemodanova, member of the Standing Commission for National Security of the House of Representatives Marina Lenchevskaya, and to the Belarusian Institute of Strategic Researches analyst Vitaly Demirov. 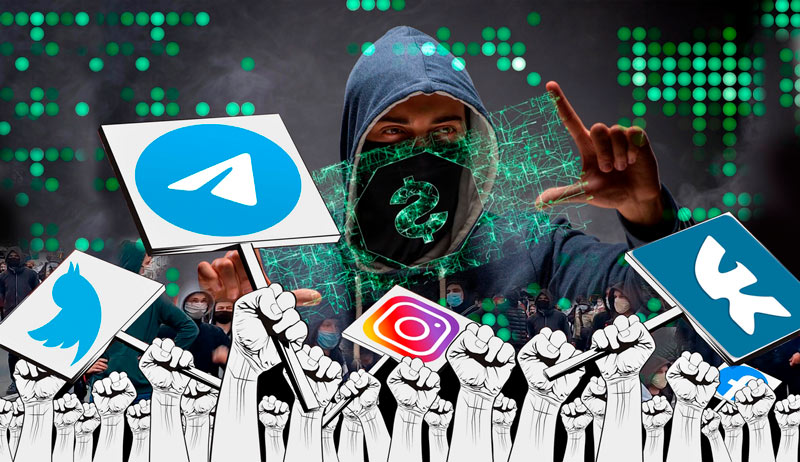 August events made it clear for the state to realized how important it is to conduct information work, to fill the media field with an alternative message. Professionals and non-indifferent people, bloggers joined to solve the case and started to debunk fakes, show the other side of the coin. Numerous alternative channels appeared in Telegram to show in some places ironically, in some places with sarcasm, the activities of our pseudo-opposition. Why pseudo? The real opposition does not abandon its supporters, puts their interests above its own security, and even more so does not abandon people for foreign buns.

V. Demirov: The level of network aggression and cyberbulling in the ex-USSR countries is very high in principle. By the way, the desire of users from emerging markets to join the network is significantly higher than in highly developed countries with a deeper penetration of digitalization into social and economic processes. 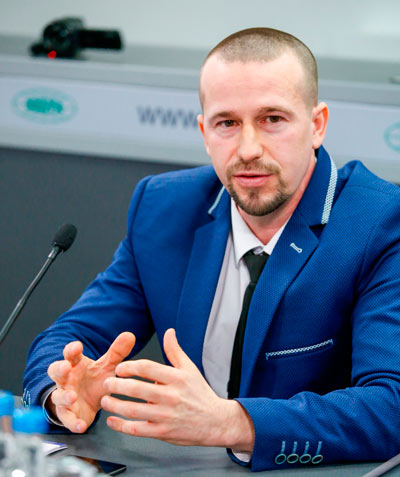 Note: harassment between users persists in a politically quiet time, it can emerge spontaneously on a variety of issues. It would appear what does the protest and the protesters' attempts to use the Internet as a unification tool have to do with it?

The fact is that in many ways the protest is a continuation of the subconscious latent aggression that most clearly discovers itself in a barrier-free virtual space.

It seems unlikely that politics can be attributed to its causes: in fact, it takes a fairly small part of everyday life compared to the huge number of ongoing contacts and interactions among people.

The Internet, with its non-hierarchical organization of large groups, is only a prerequisite and condition for the horizontal formation of credibility not by institutionally expressed and fixed merits, but by activity (likes, subscribers, comments) and by the content of messages. In this regard, an ordinary Belarusian blogger or network activist faces with misunderstanding puzzlement: what right, for example, does a philologist, not a biologist, have to judge about the coronavirus? In this case, the knowledge mandate, rather than the knowledge itself, is the take-off point to outline the credibility.

For the growth of stable communication links among large masses of people, a simple increase of the digital audience and a general trigger of discontent are not enough!

On the other hand, we have seen from the Hong Kong example how strong and self-sufficient (i.e., independent of mentality and the type of culture) the role of communication technologies in setting up unstable operative coordination interaction is, when the protesters synchronously gave way for the ambulance. In this sense, a serious risk of the modern communication space is that political strategists are able in the short term to implement the political conversion of the network aggression energy and to focus it in a way that is beneficial for external forces.

This control, as seen from the recent examples of high-tech protest cases (Hong Kong, the United States, etc.), has nothing to do with human factor, strong binding to financial resources and the need for a wider consolidating political framework. The possibility of operational self-government assisted by technical tools result in protests emerging spontaneously on local (contamination of specific territories, dissatisfaction with local authorities, certain public statements), not systemic, circumstances.