The Conference on Interaction and Confidence-Building Measures in Asia (CICA): Partnership for Security and Development

This September marked one year of Kazakhstan's presidency in the Conference on Interaction and Confidence-Building Measures in Asia – (CICA), an international forum for enhancing confidence among Asian countries and concerted search for solutions to regional security issues. In addition, the 5th of October starts the 30th anniversary of the First President of the Republic of Kazakhstan - National Leader N.A. Nazarbayev's initiative on CICA convening in 1992 at the 47th session of the UN General Assembly. This step can be by right considered significant for overcoming the consequences of geopolitical transformations after the collapse of the bipolar system of international relations.

The initiative to convene the Asian forum uniting countries of not only different cultures and traditions, but also political systems, became the first large-scale Kazakh project, which, along with rejecting nuclear weapons, promoting regional integration and steps to develop dialogue among civilizations, defined the contours of the foreign policy of independent Kazakhstan.

The main objective of the CICA is an open and constructive dialogue on relevant issues in the field of security in Asia. During the working years, the forum held 5 summits and the same number of ministerial meetings which defined the main approaches to the association activities.

The basic CICA principles, such as sovereign equality and respect for the sovereignty rights, non-use of force or threat of force, territorial integrity, peaceful settlement of disputes, non-interference in internal affairs of other states, disarmament and arms control, economic, social and cultural cooperation, respect for human rights and fundamental freedoms, are absolutely consistent with the foreign-policy approaches of the Republic of Belarus and this was taken into account upon acquiring CICA observer status.

Today, CICA retains its undoubted importance. The coronavirus pandemic has shaken the world’s resilience and stability, affected the methods and mechanisms of interstate communication in Greater Eurasia, actualizing the need to strengthen the foundation for uniting countries with different political systems, traditions and values, and joint search for new development strategies. In this context, N.A.Nazarbayev's idea of transforming the CICA from a discussion format into a full-fledged international organization - the Organization for Security and Development in Asia (OSDA), acquires new relevance.

This initiative, voiced in May 2014 during the 4th CICA summit in Shanghai, reveals the aspiration of summit participants for a "new Asia" in which the OSDA space is covered by a "system of deep confidence and active interaction, expanding opportunities to enhance cooperation between member states".

The issue of gradual transformation of this forum into a full-fledged regional organization was actualized by the President of Kazakhstan K.-J. K. Tokayev in June 2019 at the 5th summit in Dushanbe. At the same time, of particular interest are proposals for creating the Council of the Wise Men and the CICA Foundation, transforming CICA Analytical Centers Forum into a permanent platform, steps for practical implementation of the Catalogue of Confidence Measures and expanding external relations with other regional organizations and forums.

As Kazakhstan took its presidency in CICA in September 2020, these approaches were taken into account by the Ministry of Foreign Affairs of the country and reflected in the unveiled concept and priorities of Kazakhstan in this post for 2020-2022. Taking into account the universal nature of modern challenges, the crisis of international law, the decline in effectiveness of global institutions, transnational nature of numerous threats, emphasis was placed on the institutional development of CICA within active collective interaction and open dialogue of civilizations.

It seems that within tough modern conditions of international turbulence, the expansion of the CICA format to solve urgent challenges will open up new opportunities for cooperation between member states, enhance the organization's contribution to the growing role of Asian states in international affairs, as well as to the formation of a security architecture and a system of interaction for the entire Eurasian continent.

The goals, principles and activities of the Conference coincide with priorities of Belarusian foreign policy and are similar to the CSTO and the SCO tasks. In this regard, Belarus, as a CICA observer country, supports the efforts of the association aimed at ensuring peace and sustainable development both in the Asian region and in the broader international context. Our country makes its contribution to the CICA agenda in the areas of combating terrorism, organized crime, drug trafficking, and illegal migration.

Therefore, involvement of Belarus in CICA's multilateral mechanisms and establishment of a new cooperation framework within this forum contributes to the development of relations between the Belarusian state and Asian countries, represents a platform for promoting national interests in the Asia-Pacific region, the Middle East and the regions of Central and South Asia, and generally corresponds to the Asian vector of the foreign policy of the Republic of Belarus. 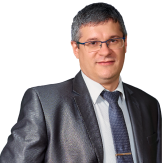 A smack of «color revolutions» : Hong Kong 2019 – one of the most digitalized protests of recent years

During the first after the twentieth CPC Congress meeting with Nguyen Phu Trong, General Secretary of the V...
Дата публикации
13 november 2022
Vitaly Demirov

Congratulations to our partners on Independence Day