Stigma of the Devil's Advocates

The Prosecutor General's Office is about to institute criminal proceeding for the Belarusian genocide during the Great Patriotic War. Khatyn village burned together with its inhabitants, which symbolizes all burned villages in Belarus, does not forget heinous violence of the occupiers in destroying Belarusian people.

What was the role of collaborators in the genocide and scorched-earth policy carried out by occupiers in Belarus? Here is our talk with Chief Advisor of the Belarusian Institute of Strategic Research, Candidate of Historical Sciences Igor Valakhanovich. 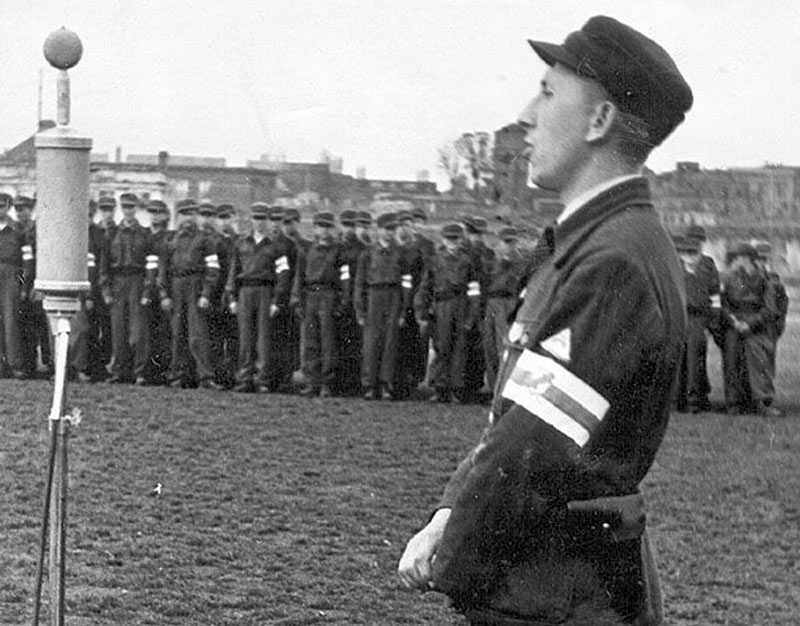 — The invaders' policy in Belarus could hardly be effective without assistance of local and non-local collaborators. Who and why served the invaders?

— The reasons that pushed a person to cooperate with the enemy are very different and hard to classify. Of course, there were those offended by the Soviet government and suffered from collectivization. Many were forced through blackmail and threats to take up arms and wear a Polizei armband. POWs did this to survive, to escape from the concentration camp, where death from hunger and cold became an everyday life. But there were those who went over to the enemy's side on their own will, striving to make a career, to get a better life during the war. 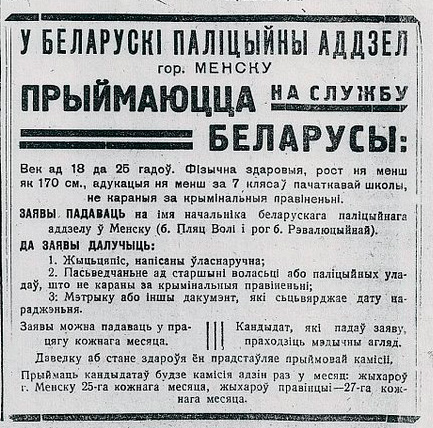 Politicians who were part of the wagon

— Political collaborators, who are they, where did they come from on our land in such a quantity?

Igor Valakhanovich: – Most of the collaborators who headed various occupation organizations in the temporarily occupied Belarusian land, arrived together with the German army. Many of them had had a long history of cooperation with German and Polish intelligence, were double or even triple agents. Of course, some of this public can be considered convinced fighters for the ideals that they believed in and wanted to implement, even through making a deal with the devil — the German Nazis.

— Why exactly in 1943 did the occupiers surged support and organization of the collaborative movement?

— In 1943, things went extremely bad for the Germans: a turning point on the Eastern Front became obvious. Germany faced a lack of resources, first of all mobilization and human. The commanders had to transfer to the front rear guard divisions from the occupied countries which were planned to be replaced by groups of local collaborators created in haste.

Therefore, the Germans started the work they could not even think of two years before: promising a quasi-state after the war and allowing certain national organizations for it. In the meantime, these organizations were to assist in the economic exploitation of the occupied Belarusian territory, as well as facilitate, like the Union of the Belarussian Youth, the hijacking of young people to perform forced labor in Germany.

— Why did the occupiers have to create on February 23, 1944 in Minsk the Byelorussian Home Defence batallions, abbreviated BKA, under the Byelorussian Central Council? What was that organization and what was it notable for?

— The Germans wanted to fight with partisans with the hands of the Belarusians themselves, that is why they took this step. New Belarussian organizations were to replace the German rear guard units and resist partisans. On March 10, 1944, the BKA announced mobilization.

However, nothing came of it: the partisans engaged in awareness-raising activities, people in every possible way avoided mobilization despite the death penalty risk.

Part of the mobilized were sent by the Germans to the Todt military engineering organisation which was in need of labour force to repair roads in Belarus.

Nonetheless, by the 20th of April, 1944, 34 infantry battalions were formed, with the total list being a bit more than 20 thousand recruits.

Note this is much less than the number of partisans and underground participants who fought with the enemy, just a small percentage of the population of Belarus. And it is nothing compared to the hundreds of thousands of armed collaborators in other countries who joined the Germans on their own will to form divisions, corps and the whole armies. 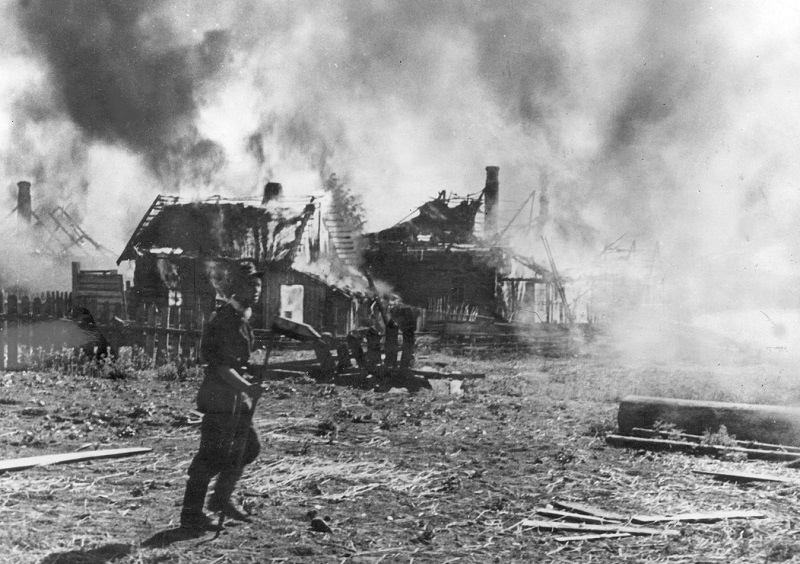 — How did this "army" fight, what happened to it next?

— The 15th Gorodishchensk battalion under the command of Lieutenant V. Rodko was the first of the BKA battalions to be engaged in armed hostilities. It was attached to von Gottberg Task Force, which was supposed to clear Lepel and Borisov districts from Soviet partisans (operation Spring Festival (Frühlingsfest)). In the first half of June 1944, the Germans decided to use one more, the 34th, stationed in Stolbtsy. Many of the battalion's soldiers, however, escaped just before boarding the train. To prevent the final collapse of the battalion, the BKA Headquarters Chief Franz Kushel sent to Stolbtsy his deputy, Captain Mikula, who was able to persuade the soldiers to take part in the operation.

The BKA 68th (Novogrudok) battalion under the command of Boris Ragula distinguished itself in the battles against the Soviet partisans. The "deeds" of this collaborative subdivision and its commander were actively promoted by the Belarussian emigrant media in the post-war period. Even today, alike information emerge from time on the BNR Rada website.

Battalions trained and armed below middle level were mainly used to secure civilian institutions and warehouses, to rob Belarus: loading and sending various property to Germany, and performing other outdoor work.

During the Red Army offensive, these battalions retreated together with the Wehrmacht units, the remaining personnel fled away or went over to the side of the partisans.

The war after the war

— How did things turn out for those who collaborated with the occupiers and did not lay down arms after liberation of Belarus by the Red Army?

— Note that by the end of the Great Patriotic War, attempts to create anti-Soviet underground from among participants of Belarussian national collaborative organizations led and supported by the German special services, ended in failure.

The remaining ex-collaborators in Belarus behaved in different ways: some surrendered to the NKGB-NKVD, some laid low – lived illegally, without doing anything. Some went on fighting with weapons in their hands. But the activities of the Belarussian Liberation Army (other names are "Black Cats", "Belarusian Home Army") on the territory of Belarus in the post-war period should be regarded as more than simple.

Did armed anti-Soviet underground of Belarusian nationalists operate on the territory of the Republic in the post-war period? Yes, they did. But as part of an army they should be disregarded: their military events were of local nature, both in terms of the number of participants and the territory of activities. In addition, they had lost all their political shell and degraded to the level of criminal groups.

For example, in early January 1955, in the course of operational activities in the manhunt for the gang leader E. Zhikhar, he was found by the state security officers and shot in the crossfire.

During their illegal status, E. Zhikhar and the gang group led by him committed 23 terrorist acts, 42 robberies and 9 attacks on village councils.

In May 1949, I. Romanchuk who had lived in hiding since since September 1944, offered armed resistance, was wounded and arrested by BSSR Ministry of State Security officers. During the war, he an inspector of the Nesvizh District Department of the Belarusian People's Self-Help Organization. Throughout 1947-1949, members of Romanchuk's gang committed a number of terrorist acts. In May 1949, all of them were arrested by state security officers and then the Military Court of MIA troops of the Belarusian District sentenced them to 25 years of imprisonment each.

— After having escaped to the West, some collaborators immediately changed their masters but did not stop fighting against people. What episodes can be recalled in this regard?

— In early 1950s the BNR Rada leaders still hoped to find traces of underground anti-Soviet groups on the territory of the Byelorussian SSR, set communication with them and use them in the interests of the Western special services, which actively counteracted the Soviet Union during the so-called Cold War. In September 1951, the BNR Rada emissary I. Filistovich was parachuted from an American plane to the territory of the Ilyansky district of the Molodechno region to perform spying activities. His task was both to collect espionage information and also to assess and select personnel for the future occupation administration in case of a possible BSSR annexation by American troops. I. Filistovich's primary tasks included organizing the clandestine printing of anti-Soviet leaflets and proclamations, whose texts had been pre-written by N. Abramchik and B. Ragula. 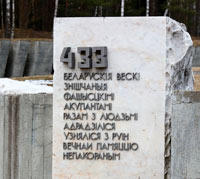 In August 1952, another group of four was parachuted into Naliboki Forest from an American military plane.

The group was to gather intelligence on political situation of the BSSR, on society's attitude towards the activities of the Soviet government, on underground anti-Soviet organizations and armed groups existing in Belarus.

However, these Napoleonic plans were not implemented — the spies were detained.

I would like to note that after a long break the BNR Rada again intensified its activities in early 2000s. And again it is trying to influence the internal political processes in our country. Again, historical myths about "Black Cats" and the "Belarusian partisan" are disseminated. The mentioned participants of the anti-Soviet underground, which operated on the Belarussian territory in the post-war period, are glorified.

But facts are stubborn things: consorting with the enemy is not heroism, but a treasonable offence. So, we should not forget the historical truth.

Young people as a socio-cultural and demographi...