BISR analyst: it is important to combine the societal need for change with the demand for stability

It is important to combine the need for change existing in modern society with the demand for stability. This opinion was expressed during the regular meeting of the project Expert Community - "Constitutional Reform in Russia" at the BELTA press center by Valentin Starichyonok, an analyst of the Belarusian Institute for Strategic Research (BISR).

Modern society is more dynamic, and new needs and values arise in it. A part of society may have a demand for some kind of change, while another part is interested in stability. "Then it is necessary to somehow combine these concepts, because changes can also be different - either constructive, or can lead to the destabilization of the system. But this demand must be reckoned with", said Valentin Starichyonok.

The analyst drew attention to the value of self-expression. "These are young people who especially want to realize their potential, show themselves, participate in social and political life, express themselves in some way. Our state policy is focused on paternalism. And, it seems to me, there is a certain bias towards the formation of paternalistic sentiments among our citizens. It generates apathy, including in political processes, and somewhere it does not allow the values of self-expression to be satisfied or pushes people to rely more on the state than on themselves", Valentin Starichyonok believes. 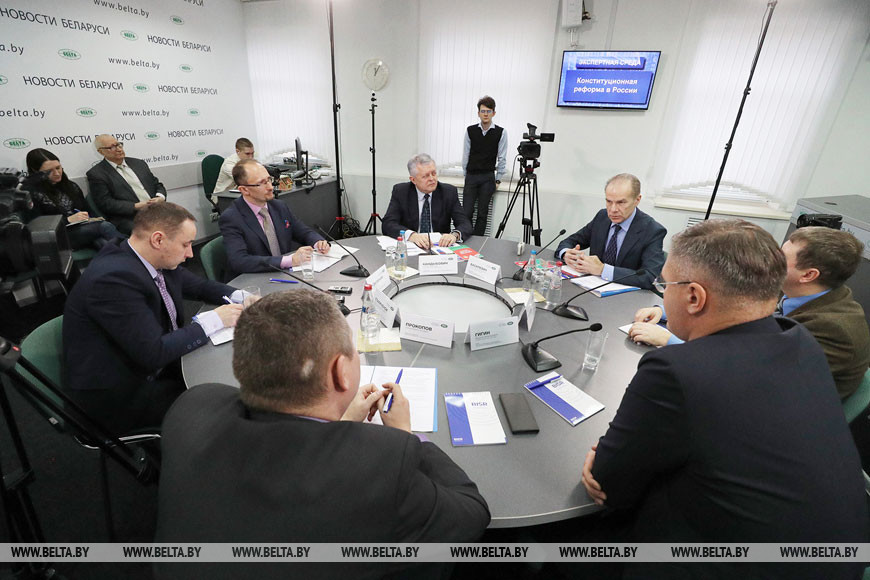 The topic of stability and change was continued by Professor Grigory Vasilevich, Head of the Department of Constitutional Law of the Belarusian State University and the Doctor of Law. In his opinion, these requests combine the concept of sustainable development. Its dynamics depends, among other things, on how the representative vertical works. After all, it is primarily a public control over the executive branch. Among other things, the constitutional reform in Russia is aimed at increasing the effectiveness of this link. "There should be good centralization of power in the vast expanses of the Russian Federation," the expert believes, explaining that due to its lack, there is an imbalance in the pace of development of the regions. "Requests from citizens are designed to ensure all rights and freedoms and economic well-being. For this, the authorities must work properly. Therefore, the Constitution lays down the norm that would direct officials to ensure that people’s lives should be ensured properly", Grigory Vasilevich recalled. In this respect, the example of Belarus is indicative, where the necessary centralization of power is present. "But to this centralization, we must add even more active participation of the representative branch of government, local Councils of Deputies", he said.