BISR analyst: a pool of business ambassadors is needed for a national «turn to Asia»

"It is seen everywhere that structural and substantive formalizing of the national "turn to Asia" is gradually gaining clear shapes and is approaching the tipping point. Conceptually, the basic prerequisites and parameters of such maneuver were clearly and unambiguously outlined on July 20 by the Head of State at a meeting on foreign policy current priorities: the foreign policy strategy requires a major overhaul — the today's world is not limited to the EU countries only. It is much wider", - BISR analyst Yuri Yarmolinsky said. 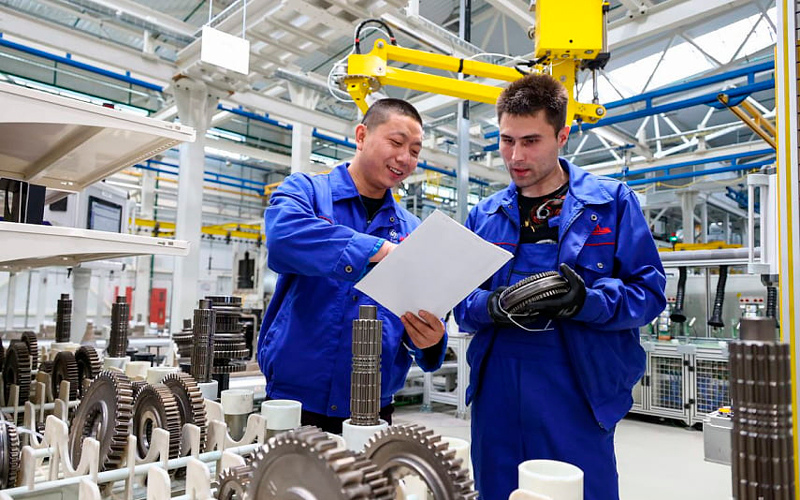 "We should clearly understand what is happening around, where we are in this rapidly changing coordinate system, how quickly and professionally we are able to adapt to modern challenges and threats", the President stressed.

Low "efficiency factor" of using the potential of Asian, African and Latin American markets was not so long ago mentioned by Prime Minister Roman Golovchenko. The work on a new, more active strategy for promoting Belarusian interests in Asian and African markets had been earlier announced by Foreign Minister Vladimir Makei.

Therefore, the supreme political level of the state has practically formalized a resilient consensus on the national "turn to Asia".

It is obvious nevertheless, that systemic entry to Asia is hard and complex task. While considering the "turn" as a political idea or an economic strategy, we have to carefully work out the issue and elaborate mundane (with a country breakdown) roadmaps given the national features of business practices of a particular target partner state. For this idea not to remain a pious wish but to transform into an applied strategy, it should become a national-scale task.

But such drift does not happen easily by itself. We should proceed from the fact that to achieve a major progress and understand the Asian vector significance in the broad public consciousness, it will take years of systematic painstaking work, especially in the information sphere and at the expert level.

Findings of targeted sociological survey would be a good help. As an example, sociologists say that about 65 percent of Belarusians consider China a friendly country. In public opinion, the PRC as a priority of the Belarusian foreign policy is ahead of the European Union. Thus, in the Belarusian society China is perceived positively as an economic vector of development.

In the list of friendly countries, Kazakhstan is ahead of the Ukraine, which is geographically and ethnically closer, as well as the United States and the Middle East countries. The development of close ties with Kazakhstan is supported by a third of Belarusians.

The success of the national project "turn to Asia" should be associated not so much with politics or economics, but with further popularization and raising mass awareness about Asia and the Asian perspective.

The most important and not less complex and hard task is to elaborate the supportive international positioning (brand) of the Republic of Belarus, as well as a long-term and balanced Asian policy. Of course, this ambitious and large-scale task requires resources, first of all human. And here, a simple relocation of staff released from Belarusian diplomatic missions in Europe and the USA, or their re-deployment within specific Asian countries will not be enough.

"In such situation, only professional and, most importantly, dedicated personnel may offer an adequate response. Today, we need practical diplomats, experts in their field, patriots who will not be afraid to make claims and defend the honor of their country," the President described the professional targets.

Based on analyst, apart from the above-mentioned personal and business qualities, the major criteria are the target motivation of specialists, as well as their appropriate regional and linguistic skills. The "turn to Asia" is a conscious exit of the Belarusian economic and expert diplomacy from daily routine and comfort zone, as well as a strategic choice of the state in favor of a dynamically rising part of the world.

The formulated strategy should be geared by towards concentration of state resources on the main areas – targeted initiatives (business projects, events and programs). This approach is partly consonant with the principle of the main link of the mobilization (anti-crisis) economy, the transition to which should be pertinent to prepare keeping in mind the increasing sanctions pressure from the West.

As the life lesson says, a journey of a thousand miles begins with a single step. To achieve this goal, we have to be methodical and persistent and not recoil from difficulty.

How Western sanctions in a moment became a thre...

The Phantom of Disaster Predictions of experts for the near futur...
Дата публикации
08 june 2022
Belarus today