The road to the infernal unknown is paved with good intentions

"...The innovation of sanctions was to rely on economic total war to intimidate peoples into restraining their princes..."

from the book "The Economic Weapon: The Rise of Sanctions as a Tool of Modern War" 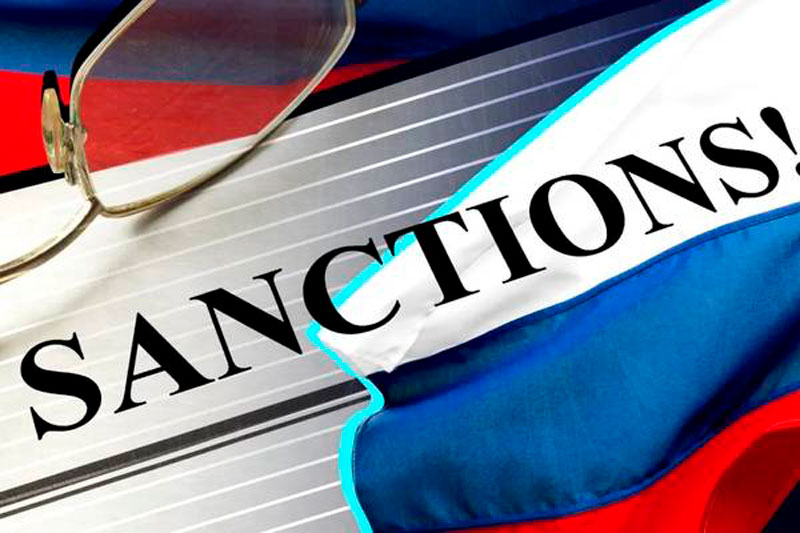 Globalization as an outgoing economic reality leaves the world community with numerous problem areas. One of them merits particular attention. It is clear today that impressive achievements of accelerated global integration have created premium conditions for very few countries and at the same time have endowed them with such a control tool that allows them to request reformatting of the global economic system and conducting a kind of audit of countries for compliance with "quality" standards.

Sanctions as a world's bogeyman are purposefully and methodically fixed in this quality in information resources. The economic and political agenda of countries and regions is electrified by sanctions-related issues. Experts from almost all countries have proclaimed that sanctions are our reality for many years, a "Burn Notice" on the image of the future.

Indeed, in the current circumstances, many variables point that a platform to implement sanctions mechanisms has been created, tools for monitoring their implementation have been developed; the economic efficiency measurement shows positive indicators.

The U.S. President J. Biden's statement to introduce infernal sanctions against Russia in the event of an invasion of Ukraine claimed to be an invitation to a new reality. It was especially important to consolidate the understanding that the Western alliance has a new model of sanctions, the tools of which bear a "nuclear charge". As practice has shown, new products have a fatal tendency to expose the entire spectrum of problem areas.

A kind of answer book for complex cases is in the precedents of history. A certain degree of similarity of the current situation with the introduction of the continental blockade against Great Britain by Napoleon Bonaparte allows to draw parallels and clarify the essence and consequences of what is going on. This was the first attempt to impose large-scale sanctions against a great power. Napoleon decided coldly that the impossibility of military confrontation could be compensated by economic strangulation. The main goals were to introduce restrictions on the maximum number of trading positions (even postal communication was forbidden) and the create a continental system. The importance that Napoleon attached to the creation of the anti-British alliance deserves special attention. All France-controlled territories were bound to comply with the conditions of the blockade threatened by invasion. The outcomes of measures taken by Napoleon were foreseeable. The multiple increase of pressure and coercion leads to one long-known result, – the rise of crime and smuggling. Criminal structures have always closely watched the affairs of authorities and promptly integrated into the windows of opportunity. According to the Australian researcher G. Dale, smuggling remains an underprivileged matter, though very indicative to understand the clarity of the implications.

As the study of archival documents shows, by 1810, the volume and organization of smugging supplies led to the fact that it was almost impossible to control them. Therefore, it was decided to use this developed segment for the purposes of the initiator country. With the knowledge of Napoleon, in the period from 1810 to 1814, the French cities of Dunkirk and Gravelines became the headquarters of English smugglers. A specially built hostel provided bed and facilities for 300 people. Among tasks to be performed by the smugglers were obtaining insider information and delivering goods that were critical for France. As known, such operations contribute to the prosperity of not the state and citizens, but a narrow group of people who do not take the trouble to pay taxes to the treasury.

As for other effects that followed imposition of sanctions against the "workshop of the world" – Great Britain, they showed a clear trend for a multiple excess of costs for the initiator country and coalition allies. The UK, on the contrary, handled the pressure and strengthened its position in other regions. The anti-British alliance was collapsing right in the process of its formation, since the lack of democratic values did not restrain the reaction of European rulers to the severe damage to the economy of their own countries.

The script structure of subsequent sanctions cases was based mainly on familiar approaches. However, the change of authorship suggested more verified scenario schemes.

The eradication of war and the worldwide peace was proclaimed the ideal of the 20th century. The advancement of the United States to the world stage and its contribution to ending the First World War presupposed addressing this global issue. The tools were proposed by the US President W. Wilson, who stated that "a nation that is boycotted is a nation that is in sight of surrender. Apply this economic, peaceful, silent, deadly remedy and there will be no need for force. It is a terrible remedy. It does not cost a life outside the nation boycotted, but it brings a pressure upon the nation which, in my judgment, no modern nation could resist".

At the 1919 Paris Peace Conference, sanctions were fixed as a tool to combat "aggressors". According to the American researcher N. Mulder, the most significant in this event was that from now on sanctions might be imposed in peacetime. And this meant the need to build a platform of moral justification for this kind of pressure. Prevention of war, deterrence, return of the lost to the mind – all this was offered to the public as the key meanings of sanctions.

By the end of the WW2, the sanctions model had practically evolved. Most importantly, the issue of legitimacy, disputable in the period of Nations League, was resolved. Article 41 of the UN Charter establishes the right to use actions "in relation to threats to the peace, breach of the peace, or acts of aggression".

However, the Cold War logic dictated the development of parallel coercive instruments. The premium position of the United States in the global economy in this period contributed to the consolidation of such phenomenon in international practice as unilateral restrictive measures. Unlike the UN sanctions, these coercive measures did not require consent, were legally enshrined in national legislation and allowed to take into account as much as possible the interests of the United States in a particular region. This is largely why the practice of double standards has been so widely developed. The financial sector has become the favorite "brainchild" of the United States in restrictive measures. The dollar's position as the world currency and intensive economic globalization have endowed the United States with almost an ideal tool of pressure not only on enemies, but also obstinate allies.

We can say today that the sanctions model has reached its highest point, if only because it allows us to see a clear "image of the future" of all participants. It is especially important to look at scenarios of the initiator countries, for their estimates obviously have the greatest reliability in the current environment. The chain of consequences that the world community will face in the short and medium term should be divided into primary and secondary. The primary ones include the following: "armament", securitization and "Balkanization" of the world economy. These global economic trends are already gaining momentum, and the secondary effects will not be slow in coming. The danger, according to Western analysts, lies in the fact that they will have hard-to-trace multiplier effects. Indeed, restraint on export of fertilizers will have a systemic impact on food security, especially in the so-called third countries. Sanctions against the export of minerals will affect the automotive industry, aerospace industry, the manufacture of semiconductors, will hit European technological industries — 3D printing, robotics. The great dream of the Western bloc about green and digital transformation will not only face problems, but will inevitably be postponed. Rising prices for oil, gas, wheat, metals, fertilizers, gold – these are the present-day realities which will smoothly move into the future. The acceleration of inflation worldwide and increased poverty in the developing countries are seen simply as a side effect.

But of particular concern is the growing need for state intervention in the economy. And this is no longer a challenge, not a stress test, it is a system break of the economic (and political) model, reformatting the configuration of relations in the "state-business" connection, change in the social fabric of Western society.

In the overall "sanctions package", the advantages are undoubtedly on the side of those who have already come to the backstage. And we can only say "Welcome" to the others.

Center for Statistical Estimates and Forecasts

The economic situation in the world and its imp...