Sold to China! How Belarus is increasing export supplies to China

The main component in the relations between the two countries is trade in goods.

The reorientation of exports from Western and Ukrainian markets to the markets of friendly countries, first of all, Russia and China, is one of the key tasks that the government of Belarus sets for manufacturers.

The Asian market is no longer a novelty for Belarusians – the People's Republic of China occupies a prominent place in the foreign trade turnover of Belarus. And this interaction is only growing.

The main component in trade and economic relations between the two countries is trade in goods. The foreign trade turnover of goods between Belarus and China has been showing steady growth for several years in a row. Grodno region is among the regions that were able to make a profound contribution to this process.

For six months of this year, the enterprises of the Grodnomyasomolprom holding have delivered more than $39 million worth of products to China. This is 50 percent more than in the same period last year. 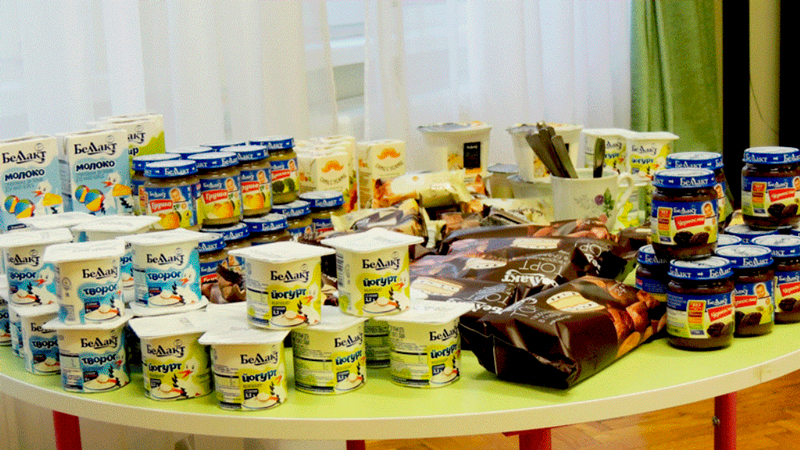 According to Alexey Tridenezhkin, Head of the Marketing Department of OJSC Grodnomyasomolprom Holding Management Company, cooperation with the People's Republic of China is important and significant for the enterprises of the Holding and is annually expanding.

– In just 5 months of this year, the Holding's enterprises shipped about 8.3 thousand tons of products to China. By the same period last year, the growth rate was 179.7 percent, – Alexey Tridenezhkin said . – Among dairy producers, the leader in exports to China is Bellakt OJSC from Volkovysk. From January to June, the company supplied products worth about $ 2.9 million. Respectable figures are demonstrated by Molochny Mir JSC: over the same period, goods worth about $ 1.6 million were exported. As for the meat processing enterprises of the Holding, the Grodno, Volkovysk and Slonim meat processing plants, JSC Agrokombinat Skidelsky supply their products to China. The undisputed leader in trade with China is Grodno Meat-Packing Plant JCS For the past six months, the company has exported products worth about $ 15 million.

Respect and sincerity – the basis of cooperation

According to BISR analyst Siarhei Viarheichyk, in the conditions of sanctions pressure from the collective West, bilateral cooperation between Belarus and China will only strengthen. After all, it is based on mutual respect, sincerity and interest in solving social development issues with interests of people being in the first place.

– There are many examples when Belarus and China assisted each other in hard times. This was the case during the years of the struggle against fascism and militarism, and during the years of post-war reconstruction. Faced with a new COVID-19 epidemic that has not yet been thoroughly studied, both Belarus and China allocated their resources to provide fraternal support to each other. This is the essence of the "all–weather partnership" in relations between our two countries,- Siarhei Viarheichyk believes.

Belarusian potassium has been the basis of exports to China for many years. But recent years demonstrate a steady trend of changes in the structure of Belarusian exports to China with a decline in the share of potash dominant. This is due to a number of factors, including Belarusian producers of agricultural products and foodstuffs gaining access to the Chinese market, improving the export support system, as well as increasing the business activity of business entities themselves.

– All this together has enabled us to significantly diversify our exports to China. Supplies of such non-primary products as cattle meat, poultry meat and edible offal, milk and cream, are increasing annually. It is also necessary to note the growth of exports of woodworking products – timber and wood pulp, – Siarhei Viarheichyk said.

The opening of the National Pavilion of Belarus at the largest electronic platforms in China, as well as the conclusion of the first transaction on the Belarusian Universal Commodity Exchange for the sale of skimmed milk powder to China, have become resonant in recent days. These events symbolize not only the expansion of the assortment, but also the use of modern tools, innovative models in international trade.

Speaking about the prospects for cooperation between the two states, the analyst noted that the sanctions policy of the collective West compels us to seek an effective and efficient mechanisms for transport, logistics and financial cooperation to prevent negative consequences.

– I am convinced that with appropriate support business will be able to adapt to the conditions of Western sanctions pressure. The global situation is changing rapidly. But it is also rapidly changing among competitors, who have a rapid growth in the cost of raw materials and energy resources, there are also disrupted supply chains formed over the years, – Siarhei Viarheichyk said.

He also cited the example of the Great Stone industrial park, where comfortable preferential conditions have been created to launch production and enter domestic and foreign markets with products. Attractive conditions have also been created in FEZs in all regions of Belarus.

– I am sure that in the near future the areas of cooperation will expand, new export goods will appear that will be in demand on the Chinese market. If you remember, just several years ago few believed that Belarusian "milk rivers" would be able to reach the shores of the Celestial Empire. Belarus has a strong export potential in other areas as well. Perhaps the brands of the Belarusian light industry that have already become familiar to our customers will also be in demand from Chinese partners, – the expert believes. – In general, the possibilities of the Chinese market are limitless, but there is a fierce competition, and in a number of areas it remains closed. Localization and taking into account local specifics can not be avoided.