On the eve of the next anniversary of the end of World War II, descendents of the winning countries again emphasize the need to protect the historical truth and resist the distortion of its outcomes. This is the issue of close attention not only in the West, but also in the East. The Asia-Pacific theater of operations was one of the most critical in the global military confrontation. For Belarus, World War II is special issue, and it does not matter in which part of the world these events were the case.

Russia and China take consistent positions regarding these events and believe that their moral duty is to preserve the memory of the fate of millions who died during that period. Heads of State have repeatedly raised this issue during bilateral meetings. Despite the fact that key dates of the Great Patriotic War are more significant for Russia, the country remembers that for the entire world community the war ended in September 1945.

In the Russian Federation, September 3 is considered the Day of the end of World War II. This is enshrined in law by the relevant decision of the State Duma adopted in April 2020.

In February 2014, the National People's Congress designated September 3 as the national holiday - the Victory Day of the Chinese People's War of Resistance Against Japanese Aggression (中国人民抗日战争胜利纪念日). In 2015, for the first time the Victory Day was celebrated most widely. To commemorate the 70th anniversary of the Chinese people Victory in the War over Japan and the end of World War II, a grand Military parade was held in Beijing.

Today, this issue continues to be uttered at supreme level. The need to eternally remember the historical moment of victory of the progressive forces of mankind over militarism and fascism was declared by Wang Yi, Chinese State Councilor and Foreign Minister, during telephone talk with his Russian counterpart Sergey Lavrov on August 16, 2021. The 76th anniversary of the end of World War II took an important place in this dialogue.

Wang Yi and Sergey Lavrov noted that China and Russia should defend the historical truth, prevent the distortion of historical realities and in no case allow justifying the acts of aggression of the past years.

The issue of the need for interaction to prevent attempts to falsify history was raised in a telephone conversation between the heads of the two countries – Russian President Vladimir Putin and Chinese President Xi Jinping.

In Belarus, this date is not in priorities list, but Belarusians who experienced all horrors of the war (every third was killed) have always revered it and considered it important in the history of World War II, even if somewhere other dates are considered to be the day of its end: August 15 (announcing Japan's surrender by the Emperor of Japan) in Europe – V-J Day, in South Korea – Liberation Day or September 2 (signing surrender Act aboard the U.S. Navy battleship USS Missouri) in the USA, in Australia – Victory Day in the Pacific Ocean. As for China, September 9, 1945, the day of surrender signing ceremony held in Nanjing in the Chinese theater of operations, did not receive wide historical significance in the country. Unlike the issue of the V-Day over Nazi Germany (May 8 or 9), this date is not so important for Belarus (Historical Politics: Trends of the Passing Year).

Participation of the Belarusian Head of State in ceremonies in Beijing on September 3, 2015 demonstrates broad views of Belarusians and solidarity of our people with all countries that fought for peace. 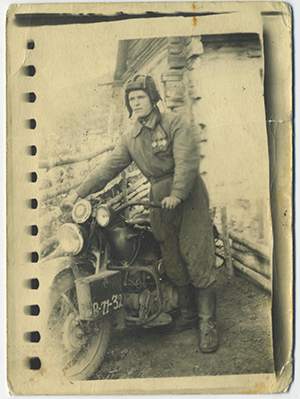 Many Belarusians, as part of the multinational Red Army of the Soviet Union, assisted fraternal people of China to liberate themselves from militarism. The heroic deed of Soviet volunteer pilots who defended the skies of China in 1939 is widely known, as well as the huge contribution of Soviet troops to the liberation of the Northeast China in August 1945. The grandfather of one of the authors of this article, Petr Vergeychik, soldier of a Separate Guards motorcycle regiment as part of the 1st Far Eastern Front, participated in the battles in Dongbei (Northeast China). Thus, he made his personal contribution to the liberation of China. For battle merits in the Far Eastern theater operations his military unit was awarded the Order of Suvorov, III degree.

Interpretations of events about World War II have never been uniform. Each of the participating states comprehended these events from their own standpoint for only people knew the most severe pressure points. Today, it is critical not to lose a key element from the lessons of World War – victims of that inhumane act are indifferent to high ideas of its organizers. They had the right to live, to rejoice, to raise their children, but this will never happen again. The historical truth should be based on the concept of the value of human life, then disputes will be resolved by themselves.

Adopting the Law on All-Belarusian People&#039;s Assembly will give a new impetus to the civil society development in Be

Based on the draft submitted for discussion, civil society structures can delegate up to 400 people to the ...
Дата публикации
27 october 2022
Валерий Буслов