The Decree of the President of the Republic of Belarus declared the 2022 the Year of Historical Memory. In this connection it is important to sum up some of the results of the passing year and identify trends characteristic of both the Belarusian memory policy and the memory policy of neighboring countries.

The events and the anniversary historical dates of 2021 have once again become the motive for modern interpretations that brought public interest both in Belarus and abroad. The trends we outlined in 2020 continued growing, and new ones appeared. What's never changed is the fact that the comprehension and reinterpretation of past events directly affect the Belarusian historical policy, requiring its constant adjustment. In modern conditions, this is one of the factors contributing to the preservation and strengthening of the historical memory of Belarusians.

The theme of the Great Patriotic War once again is in the centre of attention. The "war of memory" that broke out between the countries of the collective West and Russia after the adopting by the European Parliament of the resolution on the importance of European remembrance for the future of Europe (2019), unpacking the trend about the "equal responsibility" of the Soviet Union for unleashing World War II along with Nazi Germany, has moved into a protracted phase of "cold" confrontation. Each of the parties agreed to disagree.

Same as in 2020, the Republic of Belarus actively supported the position of the Russian side. The peculiarity of the situation for our country was the fact that the next attempts to reconsider and revise in historical aspect the events happening at the initial period of the Great Patriotic War took place amid information confrontation between Belarus and the EU countries and, first of all, its neighbors – Poland, Lithuania, Latvia.

The beginning of the Great Patriotic War is assessed by Western countries exclusively in the context of the history of the WWII, in opportunistic and biased manner: "one of the culprits" of unleashing the world massacre (Nazi Germany) attacked a "former ally and another culprit" of the beginning of the Second World War (the Stalin's Soviet Union). For the Baltic states, June 22 has become a "traditional" convenient excuse to promote the theme of "occupation" of the Baltic States in 1940 and the 80th anniversary of the "June deportation" of 1941, – organized on the very eve of the beginning of the Great Patriotic War by the Soviet authorities forced eviction from the western border territories of the country, annexed as a result of the "Polish campaign of the Red Army" in September 1939, and the inclusion of the Baltic countries in the Soviet Union. According to modern historians of the Baltic States, this deportation was a crime against humanity and an act of genocide.

A feature of the mournful anniversary of the 80th anniversary of the beginning of the Great Patriotic War was the situation of the actual opportunistic solidarity of the Ukrainian memory policy with the Western narrative. The Ukrainian authorities have failed so far to ensure unity of the society in interpreting and reconsidering the history of the Great Patriotic War as opposed to the Belarusian and Russian principled position on the inadmissibility of free interpretation of this important historical period and attempts to rehabilitate Nazism. On the one hand, amid rather large-scale celebration of the unofficial Heroes' Day in May 2021, the 80th anniversary of the beginning of the Great Patriotic War in Ukraine remained mainly unnoticed. On the other hand, the anniversary of announcing, with the consent of the German occupation authorities, the "independent Ukrainian state government" of the Organization of Ukraininan Nationalists (abbr. OUN) in Lviv in June 1941, did not receive proper coverage. We believe that the reason for this could be "inconvenient" facts of OUN members participation in cleaning Jewish population from Nazi-occupied Lviv.

On the occasion of the 80th anniversary of the German attack on the USSR, 15 German experts on the history of Eastern Europe in the 20th century appealed to the German authorities and the public to state they find it "the duty of German society to think and discuss how we can in the 21 century, together with the Belarusian society, preserve the memory of the crimes and destruction committed on the territory of the then BSSR" by the Nazis. At the same time, the authors expressed concern about the state historical policy in the Republic of Belarus, where the history of the WWII is allegedly used by authorities as a political weapon to discredit the democratic movement.

The initiators of the appeal received an official response from the National Academy of Sciences of Belarus from leading historians of the Great Patriotic War, who noted that "... there is no concern in the statement that today the world society forgets the tragedy of the Second World War and is "sliding down" to repeat the tragedy of a new war." In addition, the response emphasized that German historians are trying to drag the scientific community in a dead-end discussion rather than to solve specific scientific problems.

This example confirmed the indicated back in 2020 trend of "securitization of the historical past", its large-scale, long-term, directional and increasing nature of development.

There is a particular tradition in Poland, in which the date of June 22 does not exist in principle. In the Polish narrative, the WWII tragedy is closely associated with the events of September 1 (German assault) and September 17 (the beginning of the "Soviet military aggression") of 1939.

In turn, the Russian Federation assessed the 80th anniversary of the beginning of the Great Patriotic War on the wave of building a new stage of historical policy. November 2020 launched active development of a new trend of the Russian memory policy – recognizing the Nazi occupation policy on the USSR territory as genocide.

On the eve of the tragic anniversary of the beginning of the Great Patriotic War, Russia actively announced the upcoming in June 21, 2021 installation in Gatchina district of a foundation stone on the site of the future memorial to the peaceful citizens of the Soviet Union who became victims of genocide during the war. The initiators of construction focused on the fact that the memorial is considered not as a national Russian, but as an international monument.

The last anniversary provided the possibility of reconsidering the date of June 22, 1941 for the Belarusian historical policy. For the Soviet Union, the events of the beginning of the Great Patriotic War, including the "rapid" conquest of the Belarusian territory, were a cruel defeat. But in the context of Belarusian history, unprecedented examples of the heroism of Soviet soldiers, partisans, underground fighters and civilians allow to communicate the meanings associated with the role of the captured yet unbowed Belarus, and the formation of the best features of the Belarusian nation, which managed to survive under complete occupation and a purposeful policy of genocide.

Modern Belarusian historiography has been replenished with new scientific publications revealing little-known pages of the initial period of the Great Patriotic War.

The Soviet period entrenched the term "defensive battles of the troops of the Western Front". Modern studies of historians allow us to talk about the Belarusian Strategic Defensive Operation. Its separate components are the Battle of Bialystok, the defense of Minsk, Polotsk, Vitebsk, and the Lepel counterattack. Along with the heroic defense of Mogilev, the iconic and heroic episodes of the actions of the Soviet troops in the Gomel direction in July–August 1941 (counterattack in the area of Zhlobin and Rogachev, a raid of the combined cavalry group of General Gorodovikov on the rear of the German troops), as well as the defense of Gomel itself, deserve attention.

Despite the fact that the Soviet troops were forced to leave the territory of Belarus, there was no military catastrophe. Persistent fighting on Belarusian land played a crucial role in the disrupting the "blitzkrieg" plan. New emphasis on the interpretation of the events of 1941 can not only take root in the mass historical consciousness, but also protect it from the negative impact of purposefully propagated historical myths.

Inclusion in June 2021 of a new date in the Belarusian calendar of public holidays – the National Unity Day, timed to coincide with the liberation campaign of the Red Army troops in Western Belarus, which began on September 17, 1939 – induced a rather negative reaction from the Polish side. The Belarusian side was accused of glorifying the Soviet heritage, trying to "sever Belarus from its genuine roots". The Polish Institute of National Memory called the date of September 17 a symbol of the criminal cooperation of Hitler and Stalin in subjecting the free peoples of Europe ("the day of both totalitarian regimes").

Of slightly different vision is actively promoted in the European narrative in 2020-2021 trend of glorifying the anti-communist "resistance movement" in the countries of Eastern Europe, including the neighbors of the Republic of Belarus. In June 2021, Polish President Andrzej Duda personally honored the memory of Orthodox Belarusians – residents of the Bialystok region killed by "cursed soldiers" under the command of Romuald Rajs ("Bury") in January – February 1946. To a certain extent, it can be asserted that Poland actually recognized the fact of exterminating ethnic Belarusians by members of the post-war Polish anti-communist resistance, and R. Rajs, whom Poland had recently tried to exonerate, was recognised a war criminal. Belarusian society and the authorities expressed understanding of Andrzej Duda's act. Yet, the question remains open whether this move will be a turning point in Polish historical politics, glorifying the "cursed soldiers".

Therefore, based on the analysis of historical policy trends characteristic of Belarus and its neighbors in the past year, we may assert that announcing the 2022 as the Year of Historical Memory was quite natural, not accidental, political decision. 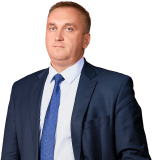 Adopting the Law on All-Belarusian People&#039;s Assembly will give a new impetus to the civil society development in Be

Based on the draft submitted for discussion, civil society structures can delegate up to 400 people to the ...
Дата публикации
27 october 2022
Валерий Буслов