The main objectives of the Eastern Partnership are to bring closer and deepen cooperation between the states of Eastern Europe and the South Caucasus with the EU, create conditions for political association and further economic integration both between the EU and the EP states, and between the EP states themselves.

There have been a number of unresolved problems since the programme began to develop:

In relations between the Belarusian state and the EU within the framework of the Eastern Partnership programme, the conclusions of the forecast presented on September 9, 2017 based on the results of the expert seminar of Minsk Dialogue Initiative (organized according to the methodology of situational analysis) are justified:

However, this forecast does not sufficiently take into account the Chinese factor when assessing factors affecting the development of Russia-West relations. Both the EU countries and the Russian Federation tend to develop relations with the PRC. Limiting or even removing conflicts along the Russia-West axis is possible through the implementation of the "Asia-Pacific Approach": the development of mutually beneficial multilateral trade and economic relations while relegating conflicts in the political sphere to the background.

The implementation of this approach is possible in EU – Russian Federation – Republic of Belarus – Chinese relations. At the same time, it seems possible that the US will oppose its implementation. 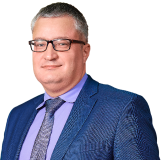 The first stage: "search for common ground and establishing contacts" (1992-2006)1 is associated with the i...
Дата публикации
03 february 2022
Siarhei Viarheichyk

Belarus and new platforms of the future

In the current conditions, the role of integration associations in the post-Soviet space is changing dramat...
Дата публикации
28 january 2022
Olga Lazorkina