A reduced growth in the world economy that revealed in 2019, continued in 2020. Contrary to popular stereotype that the reason for the recession were the COVID-19 pandemic and associated social tensions and political turbulence in a number of countries, experts only tell us about intensification of "chronic diseases" of the world economy. In their view, the coronacrisis has exacerbated the risks associated with a ten-year wave of increasing indebtedness around the world, resulting in a predicted long ago slowdown in potential economic growth over the ten years to come.

Vaccines invention and registration, along with prompt recovery of Chinese economy accounting for more than 18% of global GDP (on a purchasing power parity), have made the majority of international organizations improve their earlier global forecasts.

One more reason for forecasts becoming more optimistic is that the world is gradually reducing uncertainty about the future. The decision of the authorities of most countries not to use severe measures during the second wave and impose restrictions only in areas involving close interpersonal communication (entertainment, tourism and hospitality), has declined the stress level, business activity recovered, and the trend towards compensatory growth became obviou.

The influence of social, cognitive, and emotional factors on the economic behavior, economic decision-making by individuals and institutions, and the consequences of this influence on market variables (prices, profits, resource allocation) is studied by behavioral economics. This area of research frequently uses the term "economic behavior", – a logical choice of possible alternatives to minimize costs and maximize benefits, which is essentially the adaptation of the population to the changing environment.

According to experts, although the economic crisis will last for more than one year, mass vaccine coordination and cooperation will result in gradual recovery of the world economy in 2021 and 2022.

On the other hand, experts see a number of significant risks for the world economy in 2021. These include the short-term validity of the vaccine, coronavirus mutation risk, alterations in restrictive measures imposed in Europe and the US without adequate monitoring of infection chains, "regulators' mistakes" associated with premature tightening of monetary policy, increased debt distress in emerging market economies this year, uncontrolled weaknesses of the banking sector in conditions when the risk of insolvency comes to the fore, as well as the introduction of sanctions for individual countries.

Based on the global forecasts analysis, trends in the development of the world economy for 2021 can be identified.

First, the recovery of the global world economy will remain weak. Experts note that a synchronous global recovery, when growth in both developed and emerging markets accelerates simultaneously, is extremely rare (the last time it was in 2017), but a similar phenomenon may occur in the second quarter of 2021. One of the reasons for the modest economic expansion is the ongoing trade conflict between the US and China, which has the most positive economic outlook.

Second, the economic recovery will be uneven for different regions. According to experts, the most significant costs are incurred by developing regions. The economic growth is expected to decelerate significantly in countries that were severely affected by the COVID-19 pandemic and its side effects through tourism activities and the export of manufactured goods.

Experts, in particular, believe that among ex-USSR countries the relatively rapid recovery is predicted for Uzbekistan, Kyrgyzstan, Georgia, and Tajikistan, – in all these countries, as well as in the Ukraine and Moldova, GDP growth rates in the next two years may exceed those of Russia. Countries whose economies are based on the services, such as France, United Kingdom, Spain, or whose economies are mainly focused on exports of production inputs, such as Japan and Germany, will not rehabilitate their production output by the end of 2021. The annual growth rate of the eurozone economy will be low due to the slow recovery of industrial production.

Third, the short-term forecasts remain highly uncertain and permit multiple scenarios. The process of economic recovery can occur in different ways: rapid growth starting after a downturn (V-shaped scenario), economic activity will stay at a lower level (U-shaped scenario), recovery followed by downturn, then again activity growth (W-shaped scenario), etc. The most persuasive is the K-shaped scenario, with the "up" line representing economy sectors that grow rapidly during the pandemic (online shopping and entertainment, video conferencing services, biotechnology and pharmaceuticals), and the "down" line referring to all other industries including energy, tourism and hospitality.

Fourth, domestic-demand-driven industries will show higher dynamics. A stimulating monetary policy and expansionary fiscal policies will have a positive impact primarily on domestic demand. Domestic-market-driven firms (services and construction) will be outperforming those that rely on revenue from abroad and globally integrated supply chains.

Fifth, strong social tension will continue due to decreasing role of the government as an instrument of social justice. Certain social groups and strata calling for a change in fiscal policy towards greater income redistribution in their favor, willincrease their pressure on regulators. In this connection, experts believe that the global economic recovery should go along with structural reforms aimed at empowering migrants and vulnerable groups of population, as well as mitigating climate change.

The Davos 2021 ideology is the "great reset" of capitalism", which should extend beyond economic measures: "global action needs to be underpinned by a mission to change society, to make it more inclusive and cohesive; to match environmental sustainability with social sustainability".

International organizations assess the economic situation in Belarus through the prism of the republic's unprecedented experience in combating the COVID-19 pandemic. It is in the non-negotiable position of the Head of State to prevent lockdown, which is typical for most of the world, that experts see the reason for the not so significant decline in the Belarusian economy, which had been predicted by both experts and the economic authorities of the country.

It is predicted at the same time that there will be no breakthrough in the Belarusian economy in 2021against internal resources. Experts associate expectations of economic growth and GDP positive dynamics with the final management of the pandemic in the world. Furthermore, there are some attempts to "label" the Republic as a party perceived guilty of sinking in economy at least on a regional scale.

According to the World Bank's forecast for 2021-2022, despite the economic growth of the East Europe countries, former USSR and Central Asia in 2021 (though only by 3.3% and with tough recovery), Belarus will remain the only post-Soviet country whose economy will shrink. At the same time, the political tension in Belarus is said to be one of the main reasons for the modest economic growth of the Eastern Europe in 2021 – by 1.3%.

Among the main risks for the Belarusian economy in the short term, foreign experts (including those from RBC, Sberbank's Centre for Macroeconomic Research) point a fall in GDP, depreciation of the national currency, rising public debt, extremely slow accumulation of international reserves, total peg to the US dollar, fiscal deficit, losses due to suspended Russian oil supplies, too "busy" public sector with a number of unprofitable enterprises, business relocation to other jurisdictions, especially IT companies, deprivation of foreign investments and loans, foreign policy pressure from the EU and the United States.

Almost all independent research centers in the country (including IPM Research Center, BEROC Economic Research Center) criticize official forecasts for the economic situation in Belarus. The main arguments of independent economists are the "instability" of the socio-political situation and stereotypes emerging in the domestic business environment regarding intentions of the economic authorities.

Following the results of a survey conducted by Kastryčnicki Economic Forum (KEF) with 211 firms in December 2020, the implementation of intentions "to print money and give it to state-owned enterprises for modernization", "establish strict control on prices", "create large holdings on the basis of state-owned enterprises and concerns" will aggravate the economic situation in Belarus, "large-scale privatization of state-owned enterprises" will slightly improve it, and "sharp reduction in deadlines for connecting to power grid and other infrastructure" will not entail any changes.

Along with professional view of economic processes and trends, a typical phenomenon of the time was the proliferation of unprofessional publications full of "criticism for the sake of criticism" in the spirit of "we have practically no sources for economic growth and wellbeinig". Following such rhetoric, a significant part of the population of the republic forms a worryingly-depressive image of the future Belarusian economy, aggravating as the prospects become more distant. This is also confirmed by the sociological surveys findings.

For example, based on a survey conducted in November – December 2020 by the Social and Humanitarian Research Centre of the Belarus State Economic University, half of the Belarusian population (49.6%) describes the socio-economic situation in the country as poor, a third (35.2%) – as average, and only 5.3% – as good. At the same time, the dominant majority of Belarusians (44.3%) believe that in the next six months the socio-economic situation in Belarus will deteriorate, a quarter (24.4%) – will not change, and 7.1% – will improve.

The dominant position among the Belarusian independent research centers is that the key challenge of the republic's economy is not so much the economic downturn but rather the so-called stagflation, , which manifests itself in the presence of two conditions at the same time: the lack of economic growth and high inflation expectations. The existing conditions propose to seek the areas that could "launch" the national economy without being critically damaged by inflation.

Positive markers in this context are the Belarus ranking in the Global Index of Economic Mentality 2020 (15th out of 74) and the Global Innovation Index 2020 (64th out of 131), indicating a high readiness of the Belarusian society for the transition to economic growth based on innovations and innovative creativity. Alike objectives are reflected in the Program for Social and Economic Development of the Republic of Belarus in 2021-2025 and a number of draft instruments.

Forecasting of further development of the economic situation in Belarus becomes a fierce competiton of "future-makers" for the image of future economy of the Republic and for the right to determine the real economic behavior of people. Indeed, two opposite "pictures of the world" are provided today: consistently positive, by the economic authorities of Belarus, and stagflationary with a tendency to consistent economic and geopolitical weakening, by international organizations and Belarusian independent research centers. That is, if, in the first case, economists proceed from the goal to boost economic activities of the population and, as a result, "cheer up" the national economy, in the second, on the contrary, to bring society into depression and thus minimize the possibilities of economic development led by the government.

In the existing conditions, of critical significance is the public's confidence in the proposed models which depends on the ratio of the declared postulates to everyday reality (the dynamics of prices and exchange rates, the purchasing power of wages, creation of profitable industries and jobs). The concrete, tangible results of implementing the Program for Social and Economic Development of the Republic of Belarus in 2021-2025 and other resolutions adopted by the VI All-Belarusian People's Assembly will contribute, first, to increasing confidence in the Belarusian economic model, and, second, to fostering the positive component of forecasts for Belarus. 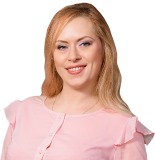 Recently, much emphasis in various sources including foreign has been given to the multi-vectoral approach ...
Дата публикации
29 july 2021
Vitaly Stakhovsky