Amid increasing recognition of the Asia and Pacific region (APR) as the engine and center of future global development and growth, it is important to highlight the historic event held on March 12 – the Quadrilateral Security Dialogue virtual summit at the level of the United States, Japan, Australia and India national leaders. The unofficial "Quartet" or "Quad" format has been promoted by its members, at the behest of Tokyo, with varying degrees of activity, national engagement and success since 2007. 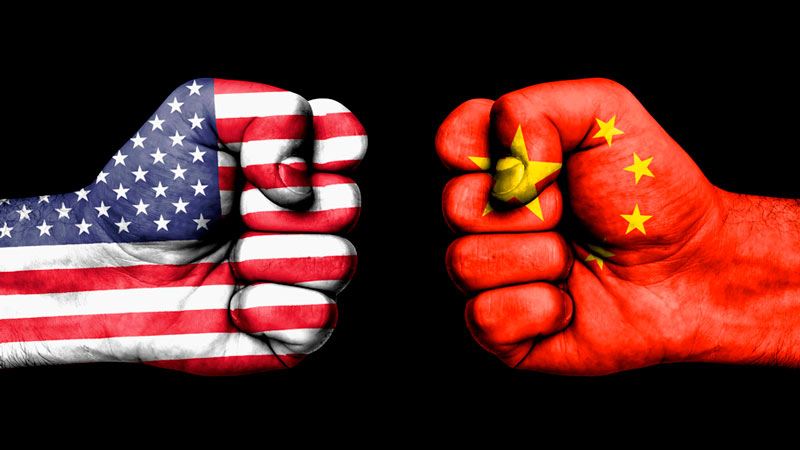 The rapid analysis of thematic publications of the leading Asian (mainly Indian) think tanks provides the basis for the following general findings.

Predictably, the key narrative is a causal link between the enhanced action of the Quad and China’s unilateral and expansionist actions in the region. In this regard, the new Washington administration seeks to involve its regional partners in the confrontation with Beijing, including within the Indo-Pacific Region.

As the Quad approaches the intended institutionalisation, its members seem to have a strong desire to work more closely in partnership with key regional actors. For instance, to reassure the ASEAN member countries amid geopolitical turbulence, the leaders expressed their strong support for ASEAN’s unity and centrality.

However, many ASEAN countries do not want to take sides openly in the confrontation between the US and China. Most of them welcome the US presence in the region while realizing the benefits of cooperation with China, which in any case will remain the main trading partner.

Given the plans of France, Great Britain and Germany to deepen collaboration with the Indo-Pacific Region, experts do not rule out the future Quad’s expansion through the European countries.

While maritime security dominated the summit agenda, the focus was on the COVID-19 impact on the economy and human health, climate change, overall challenges in cyberspace, critical technologies, combatting terrorism, investment in quality infrastructure, as well as humanitarian assistance and disaster relief.

The Quad leaders agreed to launch a vaccine cooperation program for the Indo-Pacific Region with a focus on Southeast Asia (ASEAN), which, if successful, can be replicated in other sectors.

Of course, the stated goal of the initiative, to address one of the most critical health challenge through creating opportunities for rapid vaccination of a large number of people, deserves commendation and support. A closer look, however, reveals a latent attempt to counter China’s vaccine diplomacy (Health Silk Road) already covering more than 60 countries around the world.

In many ways, the Quad’s decision to focus on fighting the pandemic marks a new approach to China. While continuing to adhere to Trump’s methods on this issue, the Biden administration also seeks to bring its "added value", especially in terms of building multilateralism and creating a complex challenge to Beijing.

Partially these nuances were reflected in the first, within the entire history of the Quad, joint statement of the leaders, which some experts considered tantamount to declaring a new cold war between the United States and its allies, and China. The document, stating the fundamental principles, goals and the "spirit of the Quad" (an indirect reference to the "Shanghai spirit" which is often mentioned by participants of Shanghai Cooperation Organization events), highlights the need to struggle "for the region that is free, open, inclusive, healthy, based on democratic values and not under coercion".

Experts believe that further dynamics of the Quad's development will depend on the China's response, its perception by ASEAN, as well as the ability to actually implement their commitments.

The Chinese Communist Party’s voice, the Global Times, had warned on the eve of the summit that an attempt to replicate NATO in Asia would not be a success. In turn, Russia previously positioned the Quad as a "new game" of the West to involve India in anti-Chinese strategies and undermine Indo-Russian relations.

Given that rhetoric, the Quad member countries’ major task will be to balance economic ties in the region while containing the expansion of China.

All Quad member countries are heavily dependent on Chinese supply chains, and each of them is more economically integrated with China than with each another, especially India and Japan. For them, China is the first or second largest trading partner. Therefore, a number of Indian analysts believe that New Delhi will be able to breathe life into the project through becoming an alternative to the Chinese world factory.

No doubt, India is considered a critical element of any strategy in the region. But still, New Delhi has been hesitant to align itself with the US to contain China and add an outright anti-Chinese character to its participation in the quartet. Meanwhile, the growing gap in the national power, the long-term border confrontation, and other related factors might push Indian strategists to a certain revision of the policy of strategic autonomy and make the US the main security donor, as in the case of Australia and Japan.

The Quad can shape a global governance model in a post-pandemic world, yet it is unlikely to become a NATO-like formal security alliance. Its evolution will be determined by its ability to mix global challenges in the interests of a wider range of countries. Still, whatever form it eventually takes, the March summit will have an impact on the region’s geopolitics.

Such dynamics in theory may push Beijing to institutionalise the Himalayan Quad project involving China, Nepal, Pakistan, and Afghanistan as a counterweight to the Quad. The pandemic turbulence which has exposed China-centric vulnerabilities and dependencies has already spurred India, Japan, and Australia to launch a separate global Supply Chain Resilience Initiative (SCRI), which involves their restructuring outside China.

For many countries in Asia and Oceania, the Chinese factor is the main driver of large-scale arms imports. As per recent data from the Stockholm International Peace Research Institute (SIPRI), this particular region was marked in 2020 as the largest importer of conventional weapons, accounting for 42 percent of global trade, with India, Australia, China, South Korea, and Pakistan being the main importers.

As per figurative expression of Indian analysts, the APR is becoming the "jackpot in the planet’s geo-strategic sweepstakes" and the centre-stage where the new edition of the Great Game is being enacted. It is also hard to argue that the region is the geopolitical space where the Celestial Empire challenges both the United States and the Asian status quo in the pursuit of the "Chinese dream" and gaining the status of a great world power.

Therefore, the seemingly inevitable and obvious trend of shifting the centre of the world’s geopolitics and geoeconomics to APR suggests that the coming "Asian Century" will be eventful and hardly anybody would remain indifferent. This specifically refers to those enthusiasts who will be able to timely and accurately see, within the daily routine, its hidden potential and benefits in terms of national interests and formulate the outlines of their own unique strategy for the "Asian manoeuvre"...

Today, it is already possible to say that the events in Ukraine will lead to a significant transformation i...
Дата публикации
24 march 2022
Andrei Chernobay