On May 11-12, Tashkent hosted the People's Diplomacy Forum under the motto “People's diplomacy – mutual understanding for the sake of development" attended by representatives of the parliaments of the SCO member states, international structures, scientists and experts. The event was organized by the SCO People's Diplomacy Center, established in 2017 by the President of Uzbekistan Sh. Mirziyoyev.

The Forum participants discussed various aspect of promoting international cooperation in modern conditions, confirmed the importance of boosting confidence and mutual understanding between countries through the institute of people's diplomacy in the context of the SCO's significant role in ensuring regional stability. The issues raised at the Forum are also relevant on the eve of the next SCO summit organized by Uzbekistan, which is due in September in Samarkand.

For Belarus, as an SCO observer country, this dimension of international contacts is of particular interest as an effective tool for finding new innovative growth points and breakthrough ideas, combining the potentials of the participating countries in ensuring the implementation of the Sustainable Development Goals. 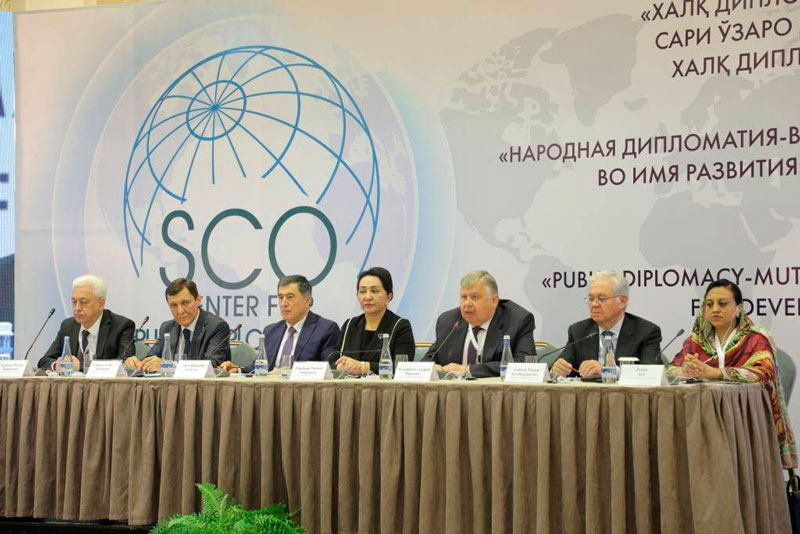 Cooperation of States in international informat...